The Bichon Frise dog breed can trace its roots to the Mediterranean area where it existed as far back as 600-300 B.C.

Also know as the Bichon Tenerife, the breed's development is particularly noted on the Canary Island of Tenerife, where it is believed to have been brought by either Spanish or Phoenician sailors. 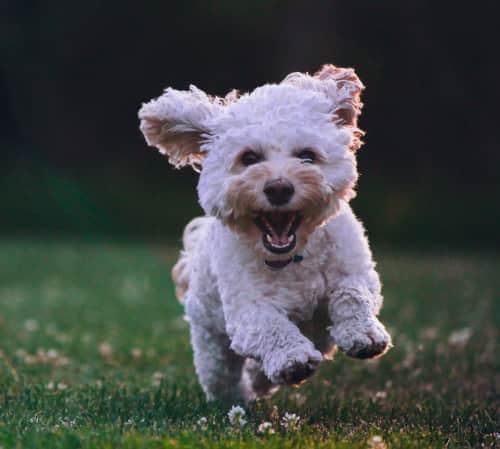 It was also during this time that the Bichon dog was favored by Spanish artists who quite often included them in their paintings - the renowned artist Goya, being one of them.

In its early history it was not uncommon for this attractive friendly dog to find itself aboard ship traveling the high seas as a companion dog and ship mate to those on board, as well as a bartering item used in trading by the sailors.

Around the 1300s, the Bichons caught the attention of Italian sailors, who are likely responsible for bringing them back to Europe where over time they became favorite pets of the Italian and French aristocracy.

Later on they made another giant leap in popularity in the court of Henry III of France during the 16th century.  No doubt this is when  "Frise"  - french for "curly" - became part of their name.

While there is no real consensus about ancestors of this breed, they are generally thought to be the Barbet, Water Spaniel or Poodle.

Whatever the case, the outcome of crossing these breeds resulted in four Bichon types: the Maltese, Bolognaise, Havanese and Tenerife.

Subsequently, the Tenerife, Barbet and Poodle were used in the creation of the Bichon Frise we know today.

Arriving in the United States during the 20th century, the Bichon Frise was assigned to the miscellaneous class of the AKC while awaiting a designated group and became a registered breed of the non-sporting class in 1973.

Apart from spending some time as a circus entertainer, this small dog breed was never developed to do a specific job. On the other hand, he is very intelligent and gets high marks for being a quick learner - when he is so inclined!.

The loving, friendly, affectionate Bichon Frise has all the qualifications you could ask for in an ideal family companion. He is very sociable and is noted for his love of being pampered.  Uncannily, the Bichon dog often acts as if he somehow remembers he once hung out with royalty and won't hesitate to let you know what he wants! 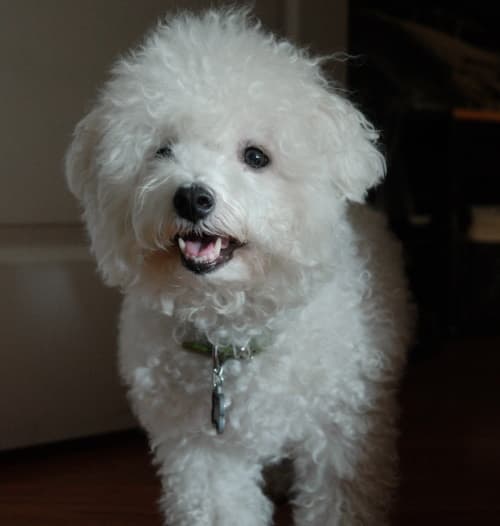 While this dog may be forthright in expressing his wishes, he does need guidance and owners should establish themselves as the "pack leader" if they want to prevent undesirable behavior down the line.

The Bischon Frise dog is not the easiest to housetrain and although the Bichon has plenty of coat protection, he's a bit fussy about going outside if the weather's not perfect.  So you may have to relax the rules a tad to get him potty trained by carrying him in and out for a while.

Patience and persistence is the key. If you do this, he'll love you for the recognition of his "specialness"! But, once you've got him out there, use this as an opportunity to give him a little play exercise time after his potty break.

Maybe this will gradually change his mind about the great outdoors!

If you are just starting out with a puppy, using a crate is the most successful way to house train him in the shortest time.  The Bichon Frise Club of America has detailed information on this topic and much more to help those interested in the breed. 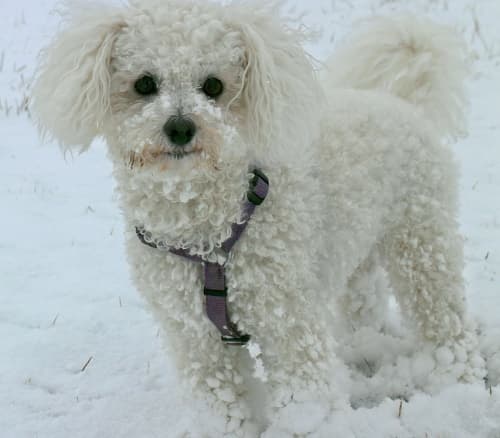 Although small in stature, the Bichon gives the impression of substance. In the standard "powder puff" look, their abundant white coat is cut with a fluffy and rounded appearance. It is especially so in framing the face, but not so much that you can't see the expressive and intelligent-looking large eyes.

Owners not planning to show their dog, can opt for a shorter more flowing haircut. The Bichon Frises have a double coat comprised of a dense soft undercoat with a longer/coarser outer coat.

Because shedding is so minimal, a great deal of dead hair builds up within the coat and needs to be removed frequently. If this is not done, mats and tangles will form, creating a very difficult and painful grooming challenge.

When you have a Bichon Frise, it is a good idea to begin grooming before the adult coat comes in. This will give him a a chance to get used to the process before the life-long, more intense, daily routine gets underway. Be sure to equip yourself with good quality combs and brushes to prevent damage to the beautiful Bichon coat.

A very popular tool for removing dead hair is the FURminator. 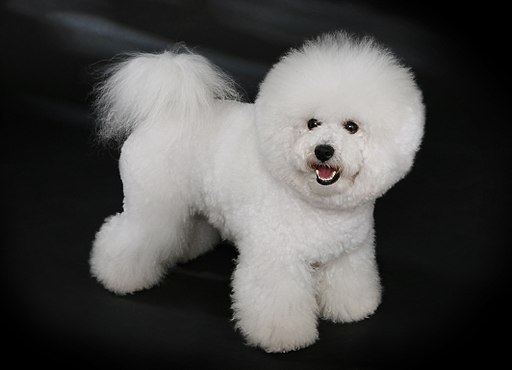 With good care, the expected lifespan is 12-15 years.

According the the National Breed Club, the Bichon Frise dog is described as very healthy.  However, all dogs have some health-related issues to be aware of.

Those that may affect this breed include:

Responsible breeders will have tests run to evaluate hips, patellas and eyes as well as other health conditions.

The Bichon Frise dog breed is very playful, energetic and active around the house. While this contributes to his overall exercise, he does need a regular daily walk for his health and well-being.

It may come as no surprise that this little dog, of seafaring heritage, also enjoys swimming and retrieving! 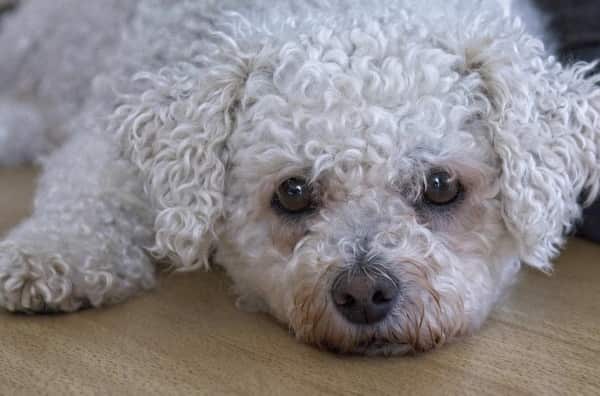 Bichon dogs being of very small stature are very adaptable to an apartment or house.

An enclosed outside area is not only preferred for potty training, but also ideal for romping, other training purposes and general play time activities.

How is the Bichon Frise Dog Around Children?

This breed loves to be the center of attention and is both friendly and active. He does best with older children who are gentle toward a pet and not expecting to be entertained by them.

Families with toddlers would not be the best due to the quick moves they make that can startle small dogs and risk injury to either one of them.

As always, no matter what the breed of dog, caution and supervision is recommended whenever children are interacting with pets.

As long as a daily walk can be provided, the Bichon Frise dog is a wonderful breed for senior or less active families as he is the ultimate affectionate lap dog.

He also does fine with an active family provided he is included in the action!

Small dogs can vary quite a bit when it comes to their personalities, energy levels, health,  and  general care. They are popular among apartment dwellers due to their size - more so if they are not barkers.

If you are looking for a small dog, here are a few more cute ones to check out.