The King Charles Cavalier Spaniel is graceful, sweet and gentle and makes an excellent family pet. Some would say he's the perfect lap dog and many agree that he is wonderfully soothing for high stress people. 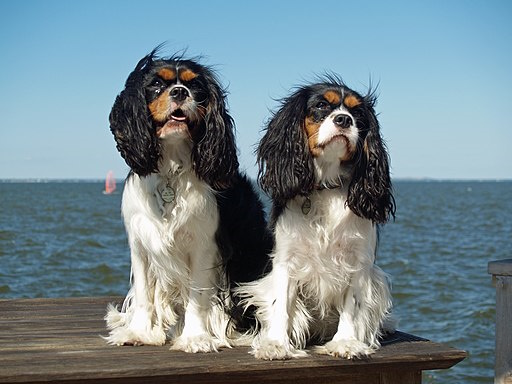 Being very much a "people" dog, affectionate and playful, he does like to have his family close by all the time.

This small spaniel is a fearless breed that has an inherited sporting ability, which tends to make him give chase if unsuspecting critters cross his path, so it's a good idea not to let him roam too freely.

When it comes to training, the Cav has a reputation for being quite eager to please and well-behaved. So, if an owner is committed and gentle, training should should go smoothly.

They are also known for being friendly toward other dogs or other family pets.

Background of the Cavalier KC

The King Charles Cavalier Spaniel, classified with the Toy Dog Breeds, is one of the most admired of all the spaniels.

Most notably, the former President and Mrs. Reagan owned one during the time they resided in the White House.

The Cavalier Spaniel is descended from the King Charles and other toy spaniels - most likely coming from China or Japan, that were prominent in the 11-18th centuries.

This breed became very popular with English royalty especially so during the reign of Charles II, who in fact, gave his name to them.

Their popularity also caused them to be frequently featured in paintings by famous artists such as this one painted by George Romney in 1782.

These sweet-faced dogs are intelligent and loyal and have at times resided with both royal families as well as other famous celebrities - among them Elizabeth Taylor and television interviewer Diane Sawyer. 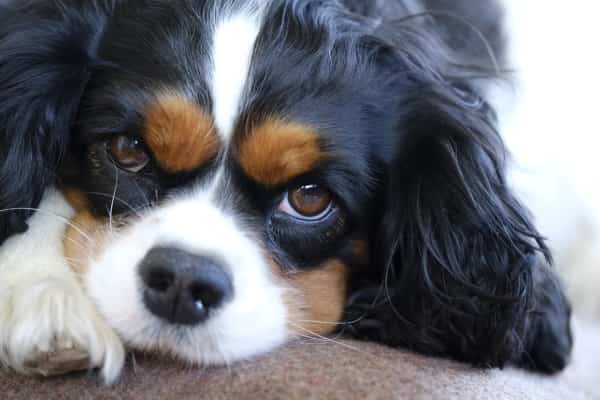 The King Charles Cavalier Spaniel has a flowy drop-coat that does shed but not effusively.


Grooming needs include frequent brushing with special attention to the silky longer hair, which easily tangles.

A coat this spectacular deserves brushes used by show dog handlers such as this pin brush and this boar brush. Used in conjunction with a de-tangling spray brushing will be a more gentle experience for your dog. Yes, these high quality tools do cost more, but he's worth it don't you think?

Routine attention should be given to nails and especially to ears which, like most long-eared dogs, need to have regular cleaning. The Cavalier Spaniel is by nature a clean dog so bathing is generally not needed more than every two months.

Show dogs are never trimmed except between the pads on their feet.

Among the health problems that may affect this breed, the degenerative heart condition MVD Mitral Valve disease is the most frequently reported one.

Other health issues to be aware of include:

The  Cavalier National Breed club recommends screening for these conditions be carried out by breeders. Further, those seeking a puppy should request their selected breeder provide the health testing that has been done on the sire and dam in regard to these diseases.

The Cavalier is a food-oriented breed that, while this can be useful in training, can become a weight issue if indulged excessively.

Although the Cavalier can be content with any level of exercise, it is recommended that at least one walk a day is given to maintain a healthy heart condition, as well as for the change of scenery and fresh air that every dog needs.

The Cavalier Spaniel is very adaptable to most living arrangements and prefers to be inside with his family most of the time.

They are not very active indoors, so a small outside area is welcome for a quick playtime, potty breaks, training and the like.

If no outdoor area is available, definitely a walk should be given. Milder climates suit the breed best.

Does The Cavalier Spaniel Do Well With Children?

The King Charles Cavalier Spaniel is gentle and considered to be a good choice for families with children who have been taught how to interact and be considerate of pets.

However, because it is a delicate breed, it is not recommended for very young children who might accidentally hurt the dog.

As always, the caution remains that activities involving children of any age should always be monitored by an adult just to be on the safe side.

Is The Cavalier A Good Choice For Seniors?

Considering that exercise and grooming needs are not demanding, the King Charles Cavalier Spaniel is a good breed for the elderly or more sedentary family, with one condition.

The Cav loves companionship so someone should be home most of the time, or put another way, don't leave him alone too long!

Remember, small dogs can suffer from separation anxiety which often leads to undesirable behavior or depression. 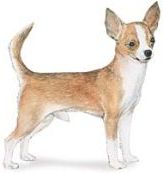 FYI: If you buy something through a link on this site I may earn a commission - at no extra cost to you.
Home | Site Map | Contact Us | Privacy Statement | Advertising/Disclaimer