Pekingese dogs were once known at the lion dog because of their facial characteristics. The lion was a sacred symbol of Buddhism which most likely was the reason this dog became so prized in ancient China.

It is believed that the Pekingese originated in China as far back as the Tang Dynasty and possibly even earlier. At that time they were considered sacred dogs and were housed in the temples.

These toy dog breeds were highly revered and graced the courts of the Emperor and to this day still seem to have an aristocratic air about them.


Ownership of a Peke was restricted to royal court members and anyone foolish enough to attempt stealing one, would suffer extreme penalties of severe torture or execution.

Around the mid 19th century, a few dogs were taken back to England by officers who had been involved in the second opium war and so began the Peke's popularity outside of Asia.

Height: 6-9 inches
Weight: 6-13 pounds, depending on the category
Coat Colors: Red, fawn, black, white, brindle, sable, black/tan and parti-color. Colors not allowed in the standard are albino and liver.

Pekingese puppies are adorable with their cute little snub noses!

Pekingese dogs have very long double coats which should be brushed a minimum of three times a week.

Actually more is better and as luck would have it, Pekes seem to enjoy having their coats groomed once you have accustomed them to the routine and can be quite cooperative when it comes to brushing.

Pay special to the rear end which tends to become more easily matted. Shampoo the coat only when needed and with care to avoid damaging it. Shedding is about average.

This little dog tends to be stubborn and independent, but they do train well if you establish yourself as the boss early on. In fact, if you do not train a Peke, he will develop a bad disposition and dominate you!

When it comes to house training, you have to be especially diligent and observant because this dog is very quick and can go in a heartbeat when your back is turned. It can be helpful to use the indoor dog potty in conjunction with outdoor potty training for this breed.

Pekingese dogs are very faithful and loving toward their guardians, but they tend to be cool and cautious around strangers, which is a normal part of their persona. Socializing them early on is very important.

This is a breed that is full of courage and makes a good watchdog. They think and often act like a big dog, showing a brave posture, even when the odds are not in their favor! But like most toy dog breeds, they will enjoy every minute of being cuddled in your lap. 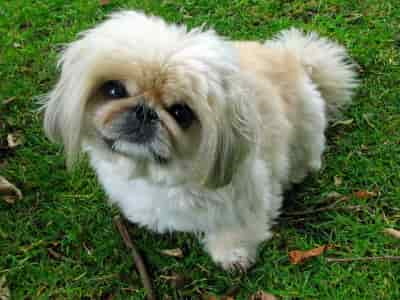 Health problems related to the breed mainly revolve around:

The eyes need to be cleaned daily and inspected for hairs that may be rubbing against the eye and potentially causing vision problems.

Pekingese dogs are also prone to degenerative back problems at an early age. J

umping on and off furniture or beds is best avoided in these small dogs - perhaps pet steps would be a solution for Pekingese that have this habit.

How Active Are Pekingese Dogs?

Well I've got kinda short legs so I'm not up for much action!

As you might have guessed, the Peke is content with the freedom to run around the house and needs little outdoor activity, but if you like to walk your dogs, it's a good idea to get your Peke used to it while still young.

Bear in mind that short walkies are good for socialization and mental stimulation.

Space Needs - Not Too Fussy!

Pekingese are not fussy about space but they do tend to bark, so apartment or condo living with close neighbors, might not be the best arrangement.

If you are faced with this situation, train the "quiet" command early on.

Is This A Good Breed For Children?

There is something about small children and Pekes that doesn't go together - maybe it's a size thing.

Children who are older and considerate of pets would make a better match.

Pekingese dogs thrive on being a lap dog and devoted companion making them excellent choices for the seniors or more sedentary households.

The very low demand for outdoor exercise adds another vote for this breed in less active families. 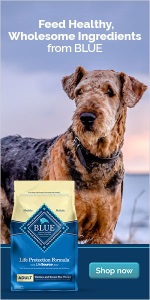