The rare mastiff dog breeds are often referred to as giant dog breeds. They are also considered to be among the more exotic and unique breeds. All of these tags certainly fit and contribute to the fact that the cost to obtain one is usually quite high.

Origins Of The Mastiffs

The origins of mastiffs are somewhat unclear. According to some experts the dogs may have originated in Asia or the Middle East. The American Kennel Club says that images of the Mastiff may be seen on Egyptian monuments. dating back to 3000 BC

Wherever the dogs came from, they were in Persia and Turkey by 485 BC when Xerxes brought them from there into Greece. These large dogs were probably used to guard flocks and herds. 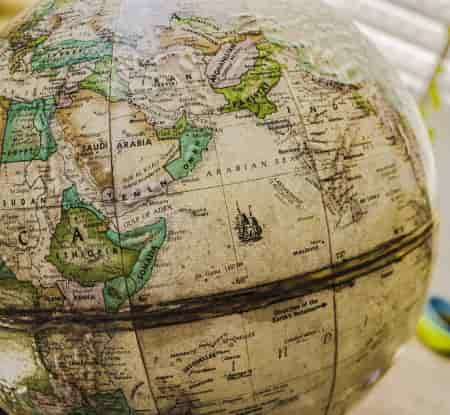 Where Did Mastiffs Originate?

Ultimately, "they" became the ancestors of later war dogs and sheepdogs. Dogs from the Molossia region gave their name to Molossers, a term still used to describe many mastiff-type dogs.

Early on, differences were developing among the mastiffs. Some were being used as shepherds (white with longer muzzles) and the darker, heavier dogs being used in battle.

From these diverse dogs came the Great Pyrenees, the Dogue de Bordeaux, the Neapolitan Mastiff and many other dogs we still know today, as well as the Mastiff found in England.

Along with being guard dogs the Mastiff became a powerful hunting dog used to hunt bear and wolf. Some mastiff-type dogs were also used for bull-baiting and dog fighting.

There are countless descendants of the ancient mastiffs today, spread through many breeds.

In many cases, wherever the Romans went, they took with them their mastiffs, leading to many areas developing their own versions of the mastiff.

For instance, in Gaul, locals changed the Roman mastiffs into the Alpine Mastiff and later the St. Bernard. 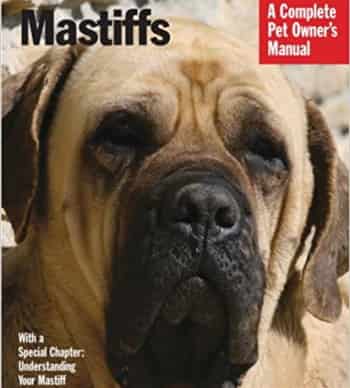 Today there are many mastiff breeds that are thriving, such as the St. Bernard, the Great Pyrenees and the Mastiff. But there are also a number of mastiff breeds which are either nearly extinct or which have been revived and are attempting a comeback.

Some of these breeds are known only in Europe. In some cases the breeds were wiped out by World War I and II. In other cases, the numbers have simply dwindled due to a lack of breeders. 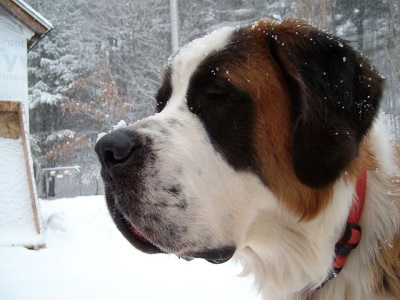 A breed originating in Switzerland that became extinct during the 19th century. This breed bears a strong relationship with some of today's mastiff breeds. It was also among those which contributed to the development of the St. Bernard. 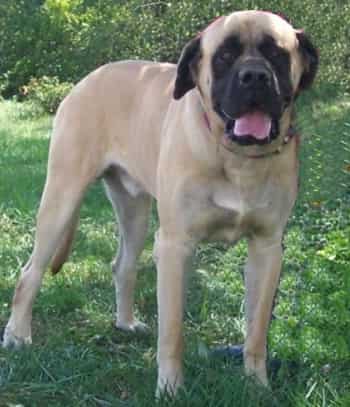 A breed of dog originating in the United States. A cross of an English Mastiff and an Anatolian Mastiff. 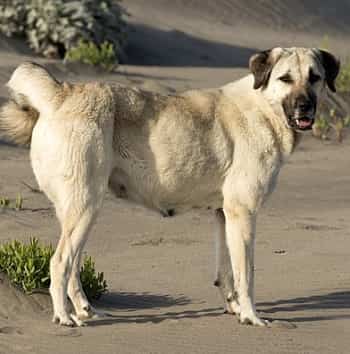 This breed also known as the Turkish Shepherd Guard Dog, is an ancient breed of dog originating in Turkey as far back as the Persian Empire.

Descended from ancient mastiff breeds, he is primarily a livestock guarding dog with a strong independent nature. Anatolian Karabash is his Turkish name. 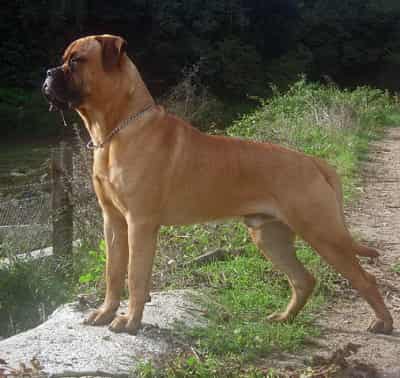 Said to be a cross between the English Mastiff and the Bulldog.

One of the rare mastiff dog breeds developed in England. Developed by 19th century gamekeepers to guard estates and to fend off poachers. 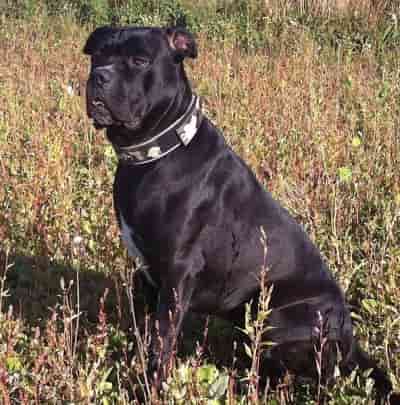 Also referred to as the Italian Mastiff, a breed which originated in Italy. They are often used to guard cattle and pigs and for wild boar hunting.

Brought back from near extinction in the 1970s.

An extinct breed resembling a Bullmastiff, originating in Cuba.

At one time, they were used to capture runaway slaves. 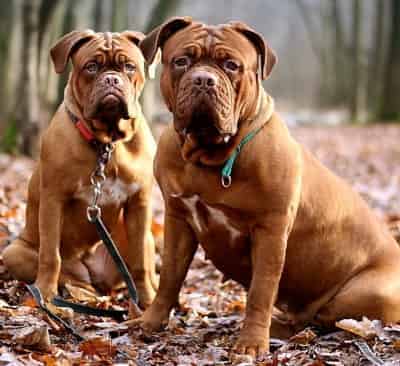 Also known as the Bordeaux Mastiff or French Mastiff. A French breed and is generally considered to be one of the oldest of the mastiffs. 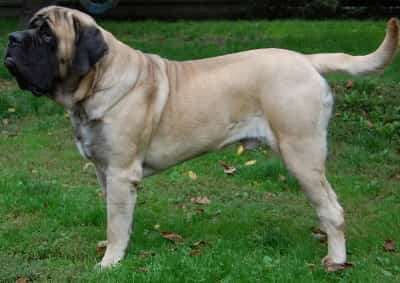 A breed of dog in the Molosser group originating in England, usually just called "Mastiff." An ancient breed.

At one time used for bear-baiting, bull-baiting, dog fighting and even lion-fighting. Later used as guard dogs.

By the end of World War I the breed was extinct outside the UK. Since then, the breed has become much more popular in the U.S. and around the world. 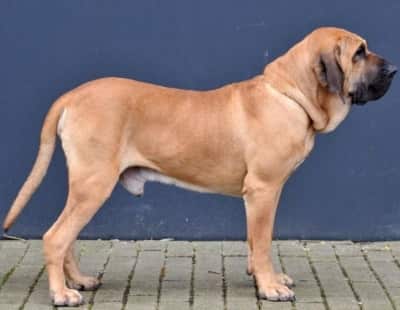 This breed, otherwise known as the Brazilian Mastiff, is an estate guardian dog from Brazil. 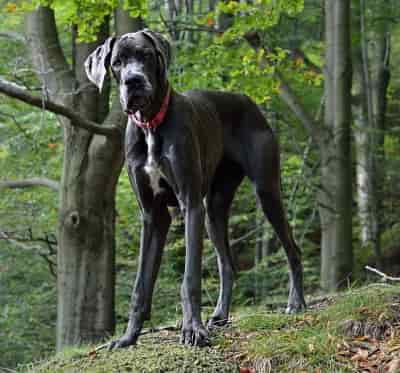 Also called the German Mastiff, a breed of dog originating in Germany. Known as a gentle giant.

Speculated to be the result of a cross between the Mastiff and the Irish Wolfhound. 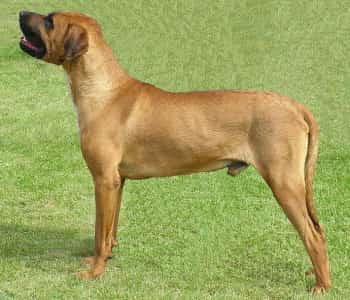 All of the rare mastiff dog breeds are very big dogs as we know, but this one stands out as being extra large.

The Japanese Mastiff is not only powerful, but can weigh as much as 200 pounds. It was originally developed as a fighting dog in the late 19th century.

It is also known as Tosa Inu or Japanese Tosa.

A breed of Korea bred from the Japanese Tosa Mastiff and European breeds, also known as Dosa Inu.

Images of the breed can be found on a Korean breeder site here. 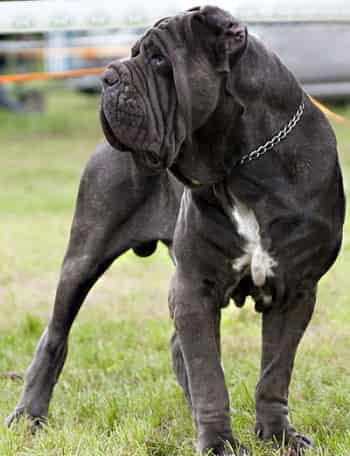 Another of the rare mastiff dog breeds originating in Italy. An ancient breed. These dogs fought alongside Roman legions in the past.

Today they are guardians and defenders of families and property. The breed was rediscovered in Italy in the 1940s and brought back from near extinction. 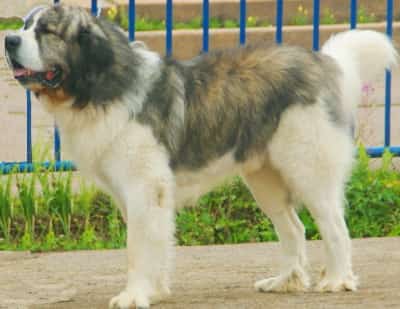 Developed as a livestock guardian breed from the Spanish Pyrenees. Intensely loyal, brave and intelligent, and as rugged as the terrain from which he originated! 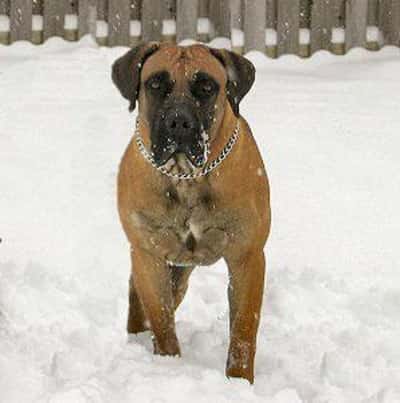 Also known as Boerboel, a breed of dog originating in South Africa. A farmers dog used to guard the homestead. 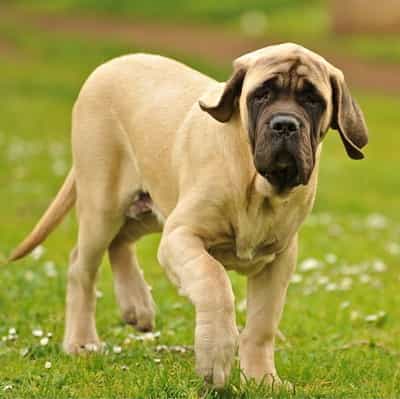 An ancient breed of dog originating in Spain. One of the oldest mastiffs.

Today they are livestock guardian dogs and guardians. They defend flocks and herds from wolves and other predators. 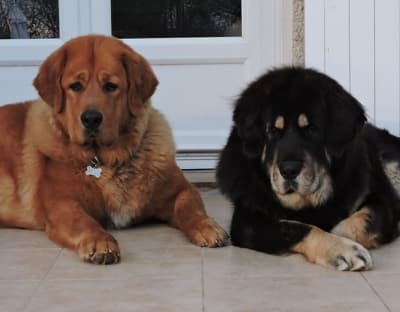 They are kept as a guardian of herds, flocks, the home and family and, in Tibet, are tied outside the home during the day and allowed to run loose at night to protect the property. The Tibetan Mastiff is considered a primitive breed.

The Tibetan Mastiff is one breed that is very expensive to acquire. In March of 2011, it was reported that a TM named Hong Dong was purchased by a wealthy gentleman in China for the sum of $1.52 million! Obviously this rare breed is not one that many individuals could afford.

There are efforts to keep these breeds alive and people interested in owning them all over the world.

The Internet has made it much easier to find out about about these dogs and to contact breeders so hopefully no more rare mastiff dog breeds will become extinct.